Robert Jensen is an emeritus professor in the School of Journalism and Media at the University of Texas at Austin and a founding board member of the Third Coast Activist Resource Center. He collaborates with New Perennials Publishing and the New Perennials Project at Middlebury College.

Jensen joined the UT faculty in 1992 after completing his Ph.D. in media ethics and law in the School of Journalism and Mass Communication at the University of Minnesota. Prior to his academic career, he worked as a professional journalist for a decade. At UT, Jensen taught undergraduate and graduate courses in media law, ethics, and politics until he retired in 2018.

In his writing and teaching, Jensen draws on a variety of critical approaches to media and power. Much of his work has analyzed pornography and the radical feminist critique of sexuality and men’s violence, and he also has addressed questions of race through a critique of white privilege and institutionalized racism. Jensen's recent work has focused on the ecological crises.

Jensen writes for popular media, both alternative and mainstream. His opinion and analytic pieces on such subjects as foreign policy, politics, economics, and ecology have appeared in newspapers, magazines, and web sites all over the world.

He contributed to local organizing in Austin, TX, through his work with the Third Coast Activist Resource Center, which organized community events about U.S. policy around the world.

Jensen is co-author, with Wes Jackson, of An Inconvenient Apocalypse: Environmental Collapse, Climate Crisis, and the Fate of Humanity, published in 2022 by the University of Notre Dame Press.

The End of Patriarchy: Radical Feminism for Men, was published by Spinifex Press in 2017. The book offers a critique of the pathology of patriarchy that is at the core of today’s crises.

Jensen’s Plain Radical: Living, Loving, and Learning to Leave the Planet Gracefully (Counterpoint/Soft Skull, 2015) is a “polemical memoir” draws on Jensen’s long friendship with Jim Koplin, described in this essay.

Jensen is also the author of Arguing for Our Lives: A User’s Guide to Constructive Dialogue (City Lights, 2013); We Are All Apocalyptic Now: On the Responsibilities of Teaching, Preaching, Reporting, Writing, and Speaking Out (CreateSpace, 2013); All My Bones Shake: Seeking a Progressive Path to the Prophetic Voice, (Soft Skull Press, 2009); Getting Off: Pornography and the End of Masculinity (South End Press, 2007); The Heart of Whiteness: Confronting Race, Racism and White Privilege (City Lights, 2005); Citizens of the Empire: The Struggle to Claim Our Humanity (City Lights, 2004); and Writing Dissent: Taking Radical Ideas from the Margins to the Mainstream (Peter Lang, 2002). He is co-author with Gail Dines and Ann Russo of Pornography: The Production and Consumption of Inequality (Routledge, 1998); and co-editor with David S. Allen of Freeing the First Amendment: Critical Perspectives on Freedom of Expression (New York University Press, 1995).

Jensen is co-producer of the documentary film “Abe Osheroff: One Foot in the Grave, the Other Still Dancing” (Media Education Foundation, 2009), which chronicles the life and philosophy of the longtime radical activist. Information about the film is available here. An extended interview Jensen conducted with Osheroff is online here.

Jensen was a consultant to the filmmakers of the 2008 documentary “The Price of Pleasure: Pornography, Sexuality, and Relationships,” in which he also is interviewed. Information about the film is available here. 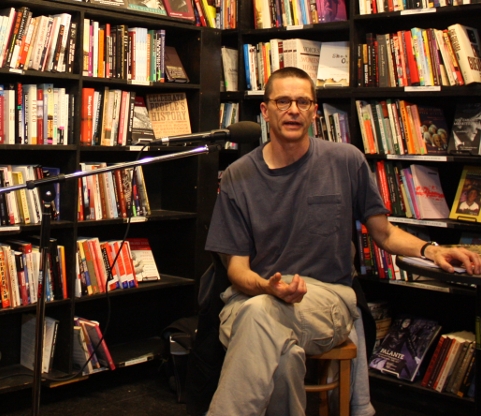 I speak often to campus, community, and church groups on a variety of topics.